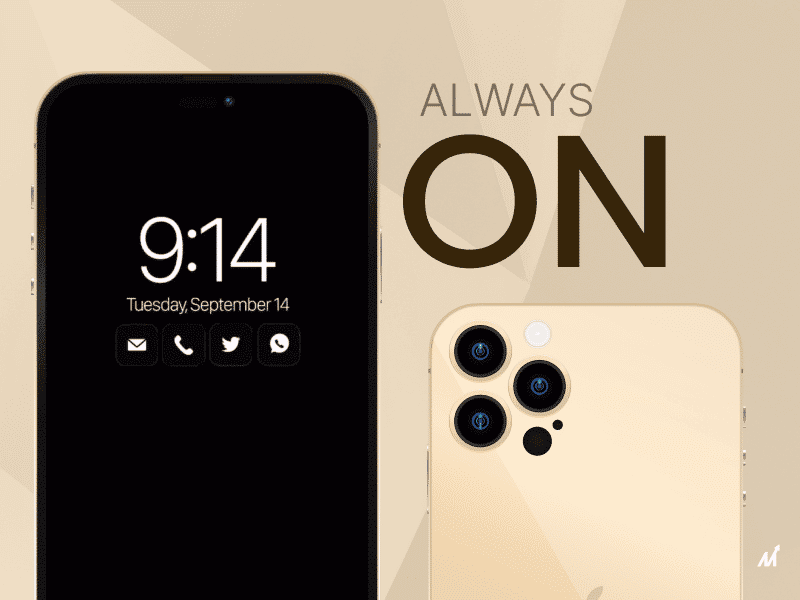 Apple’s upcoming iOS 16 release could contain support for an always-on display, which could debut in hardware on the iPhone 14 Pro and iPhone 14, Pro Max later in 2022.

The iPhone 14 range could get an update in the fall, with the iPhone 14 Pro and iPhone 14 Pro Max believed to have a low refresh rate of 1Hz. Apple appears to be preparing the framework for such a feature in iOS 16.

Bloomberg’s Mark Gurman spoke with sources “iOS 16 will feature an “always-on lock screen,” according to the “Power On” newsletter. This would “enable the iPhone to considerably reduce the frame rate on the lock screen and display swiftly glanceable information,” according to Apple “He goes on to say that it’s similar to various Apple Watch models.

According to Gurman, the functionality was “something Apple was originally planned for last year’s iPhone 13,” according to Gurman. Apple does integrate low-temperature polycrystalline oxide (LPTO) display panels in the iPhone 13 Pro series, which can provide an always-on display. Still, the associated ProMotion support only goes down to 120Hz.

iOS 16 is expected to be introduced on June 6 as part of the WWDC 2022 keynote and will have updated built-in apps and “new methods of engaging” but will keep the same appearance as iOS 15.

According to Gurman, this might include upgrades to notifications, iPad multitasking, and the Messages and Health applications. “Wallpapers with widget-like features” are part of the lock screen redesign.