Ionic vs Flutter: Which Is The Best Platform For Mobile App Development? 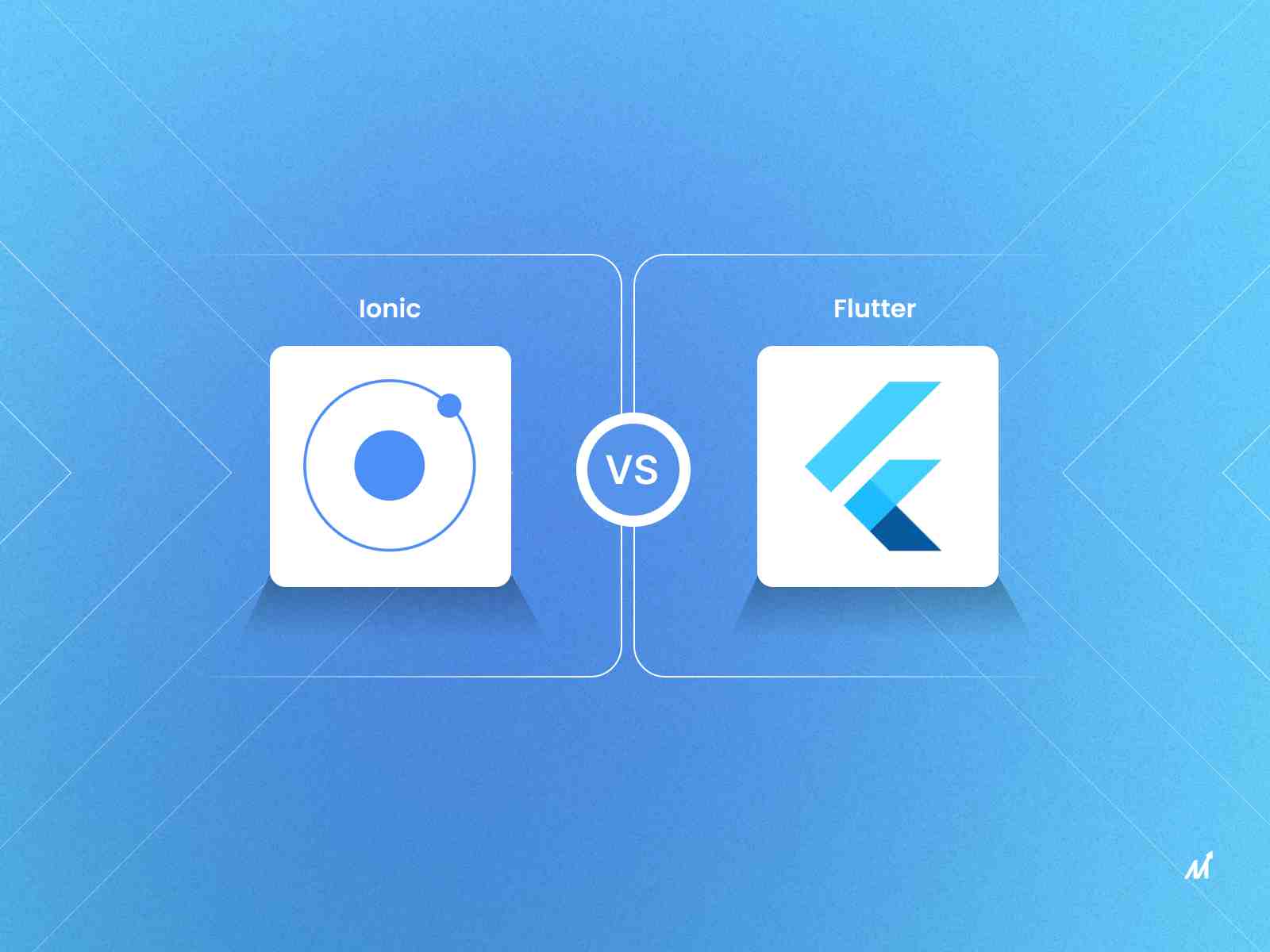 How do I choose between Ionic vs Flutter? Both are highly regarded mobile app development frameworks and offer tools to support businesses in realizing the notion. However, selecting the best one could still be confusing.

Reaching as many users as possible across multiple platforms and devices is imperative to succeed in mobility. Due to users having access to the product or service on multiple platforms, a cross-platform mobile app is an additional benefit. There is a common vision behind Ionic vs Flutter – creating beautiful, high-performance apps that work everywhere. Both of them are helpful as well as easily accessible by the developers.

Here are some interesting statistics on Ionic’s market share:

Here are some interesting figures on Flutter’s market share:

Our comparison in this article will show how Ionic and Flutter perform, how their components work, and other aspects so you can choose the right technology for your application.

The first version of Ionic came into existence in 2013 when three coders named Max Lynch, Adam Bradley, and Ben Sperry built an open-source UI toolkit on AngularJS. On 25th July 2019, the latest yet stable version of the Ionic cross-platform app development framework was released. Since then, Ionic has become one of the most popular cross-platform app development frameworks for providing efficient performance with minimum DOM manipulation.

Ionic is a well-integrated, open-source framework and a UI toolkit used to build high-performing desktop & mobile applications. This is undoubtedly the go-to platform for development.

It uses well-known languages like HTML, CSS, React Native, Angular, Vue.JS, and JavaScript for integration with the backend. Therefore, the whole process becomes more accessible. As a result, the development becomes flawless.

Ionic is the only framework that allows developers to create a single, simple-to-use JavaScript codebase. Moreover, it provides a lot of space for the developers to implement the tools for improvement.

In addition, here are a few benefits of using Ionic for cross-platform application development.

We’ve covered some of the benefits of the Ionic mobile application development framework; now is the time to look at some disadvantages.

According to the 2021 developer survey, Flutter not only takes first place for the most popular cross-platform mobile framework but also, 42% of developers start with Flutter when developing mobile apps. At the same time, most of the developers also use flutter for development.

Additionally, Google’s brainchild – Flutter, is a relatively scalable and fast cross-platform framework that functions as a UI toolkit to create feature-rich and powerful cross-platform applications with surprisingly impressive features. It supports the Dart programming language due to its intuitive interface, a library of elements, and many templates. It utilizes Swift and Objective C for iOS integration and Java for Android.

The framework’s thriving user community with open-source libraries, resources, and answers to all programming dilemmas sets the Flutter framework apart from the rest of the mobile app development frameworks. It’s equally simple to use and easily manageable.

Further Read: How Is Flutter 2.0 Better Than Flutter 1?

While comparing Ionic vs Flutter, Flutter has many decent selling points, like:

It is always advised to remember that every tool or technology has its definite downsides. They may or may not affect the app development process for businesses. But here are some common disadvantages businesses may experience:

The best way to judge the Ionic vs Flutter framework is to see the differences between the real-world use cases in the first place. This can give us an overall idea of the whole scenario. People can decide depending on that information. Here’s a list of some tech giants eventually entrusting Ionic and Flutter to meet their market needs. 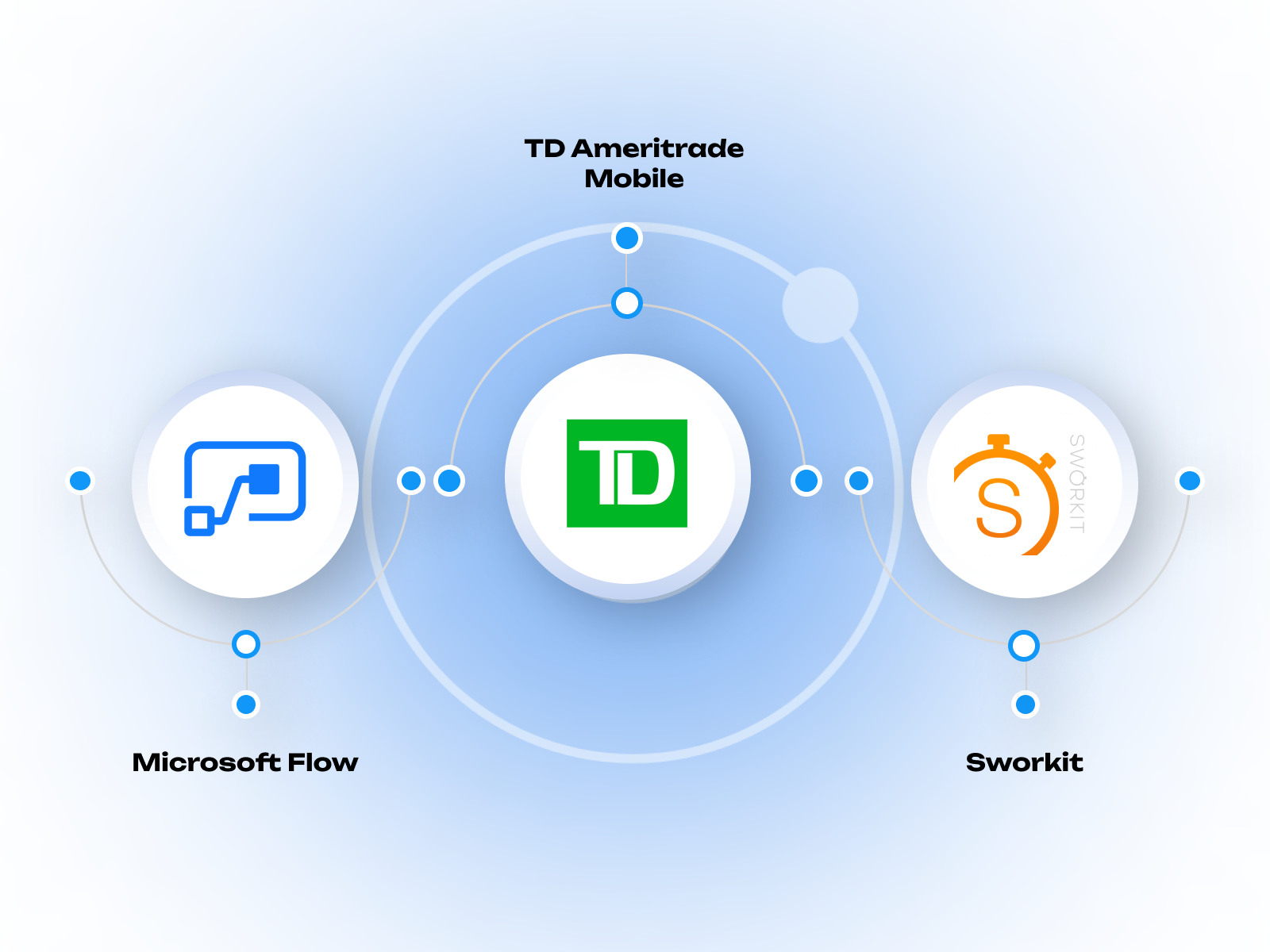 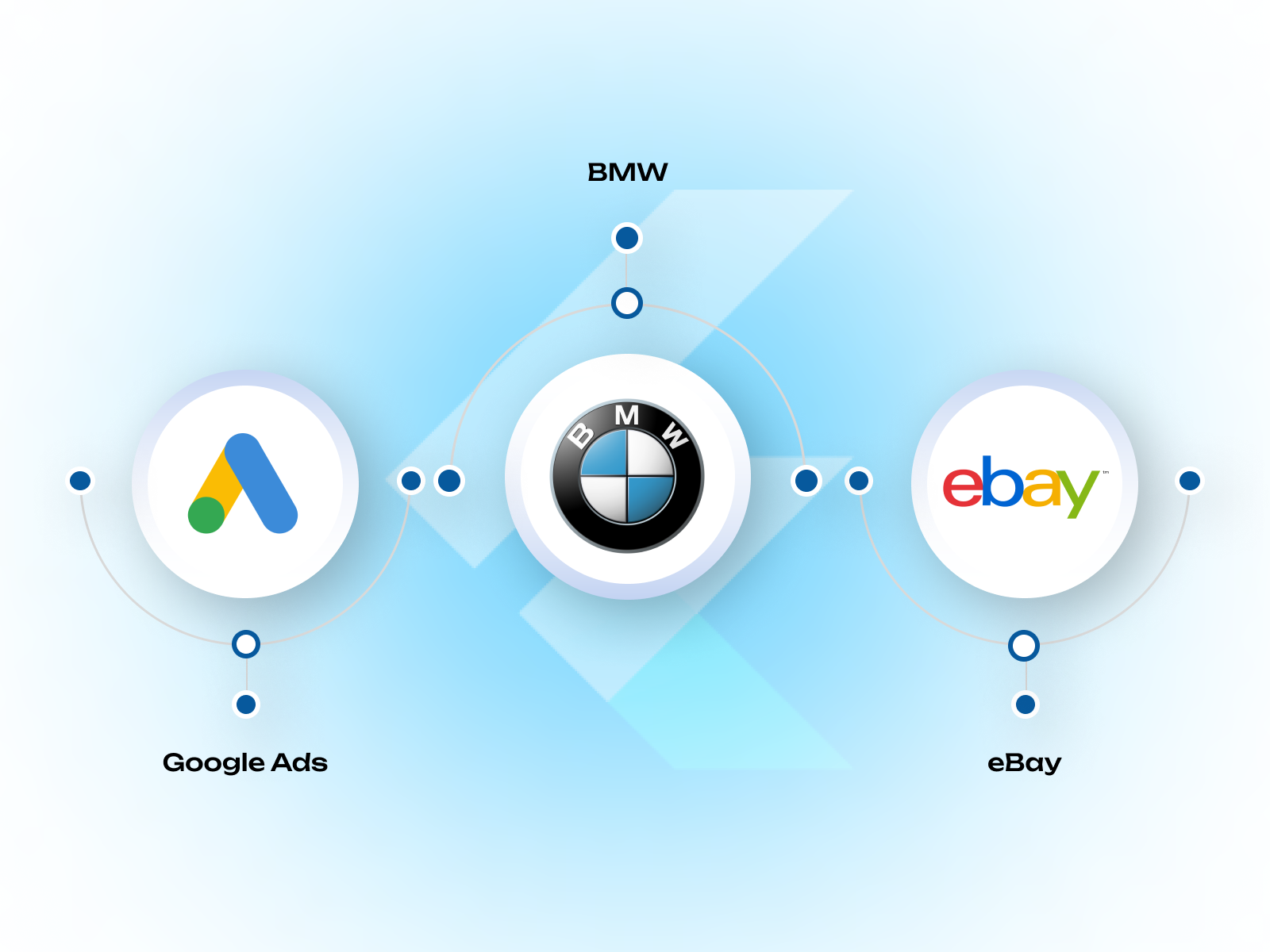 Since businesses now have a solid understanding of both frameworks, let’s compare Flutter and Ionic along a few key parameters. This will enable businesses to select the best option for their project. 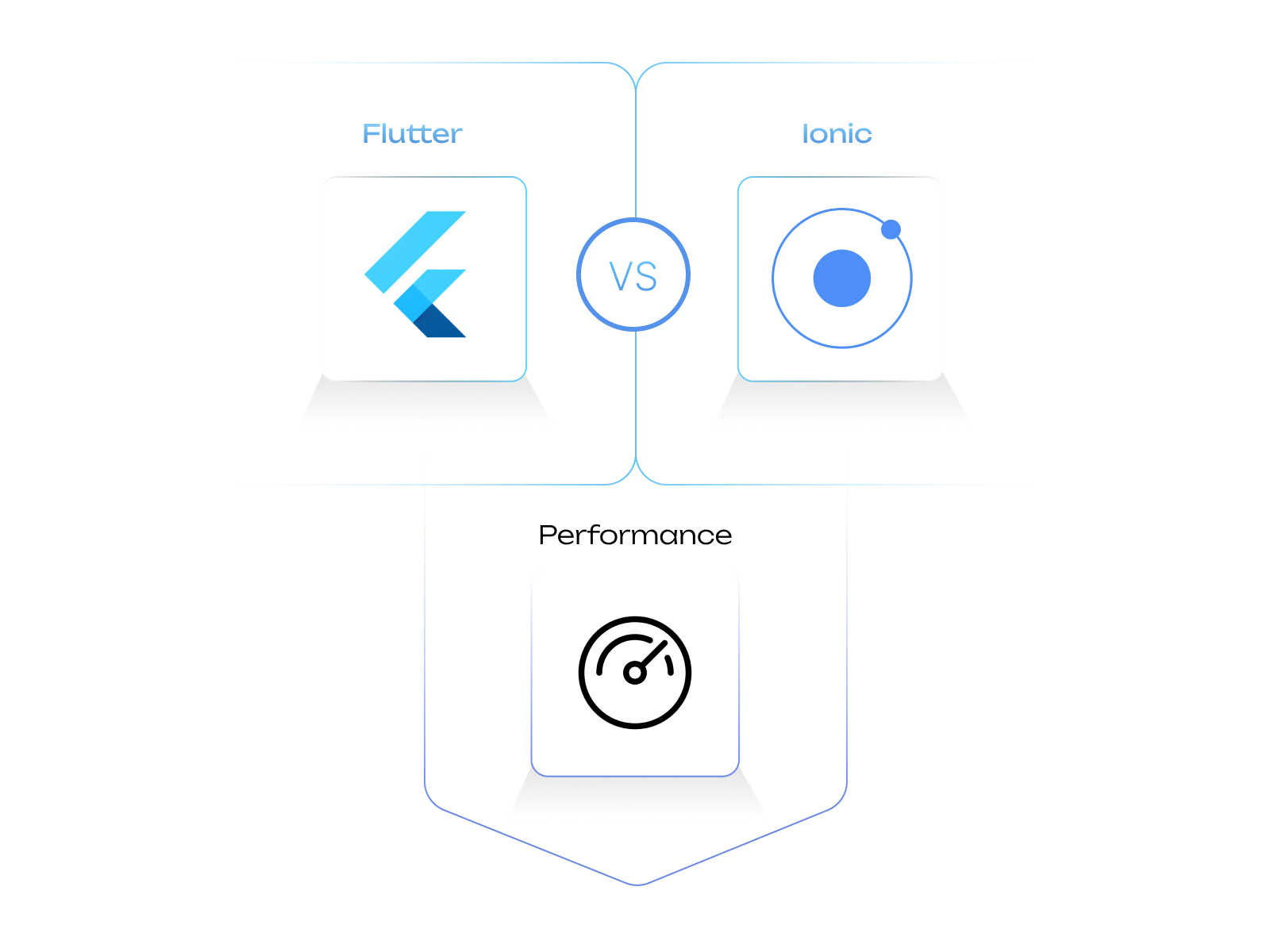 The Ionic apps deliver 60 FPS on desktop and mobile, which is a performance-related factor. They use pre-existing plugins to accelerate development and offer a hybrid methodology. At most, 1.8 seconds are spent interactively during the framework. Ionic is the best at providing hardware-accelerated transitions, pre-rendering, and gestures tuned for touchscreens despite its framework not being native.

In comparison, Flutter performs better than its fiercest opponents. Due to the native components’ built-in availability, there is no requirement for a bridge to facilitate communication between native modules. If the performance test results are to be trusted, the “hello world” app consistently rendered each frame in less than 16 milliseconds and performed at a frame rate of 60 FPS. 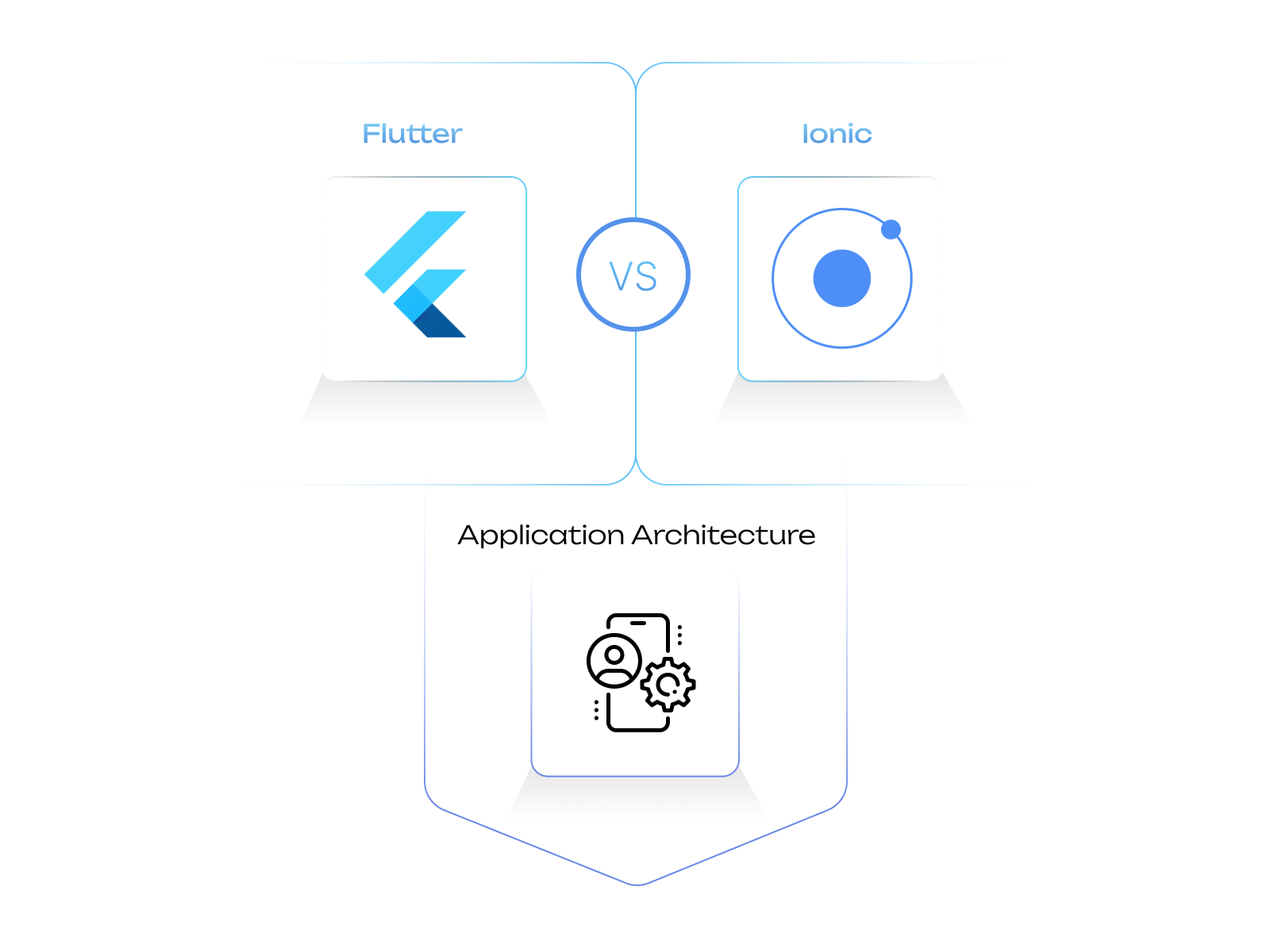 Flutter has a layered structure. The top-level root function sometimes referred to as platform-specific widgets, is where the hierarchy of an actual application built on this framework starts. Simple widgets designed to communicate with the renderer and platform layers are then introduced. Animation gestures are used to move API calls to the application’s base layer, which is located above the rendering layer. It also goes by Scaffold and is run by an embedded platform-specific C or C++ engine. 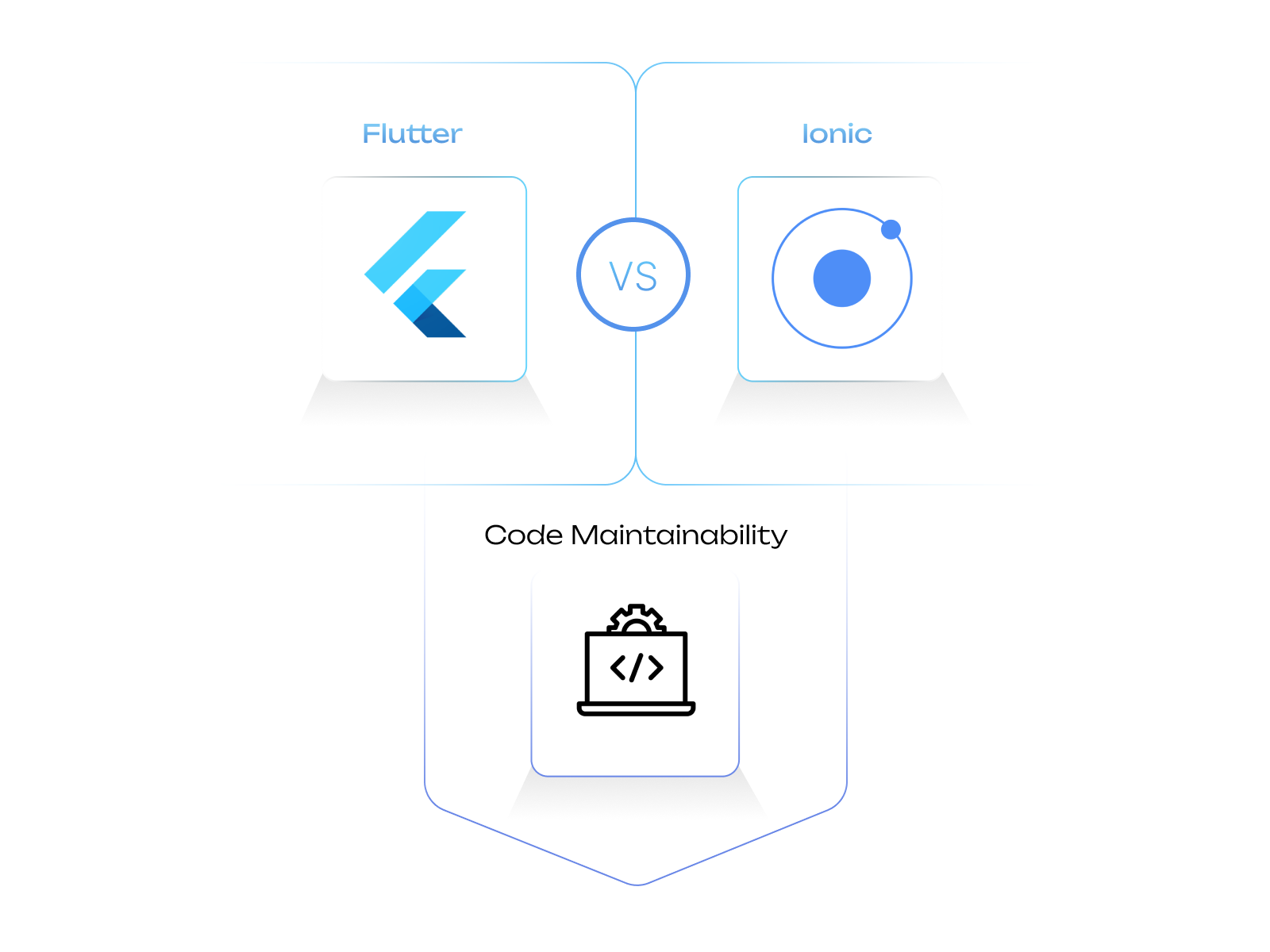 Code maintenance for Ionic applications is a complex problem because developers frequently need to change the codes to maintain the application’s reliability. And to make matters worse and the experience more irritating, the backward compatibility often breaks. 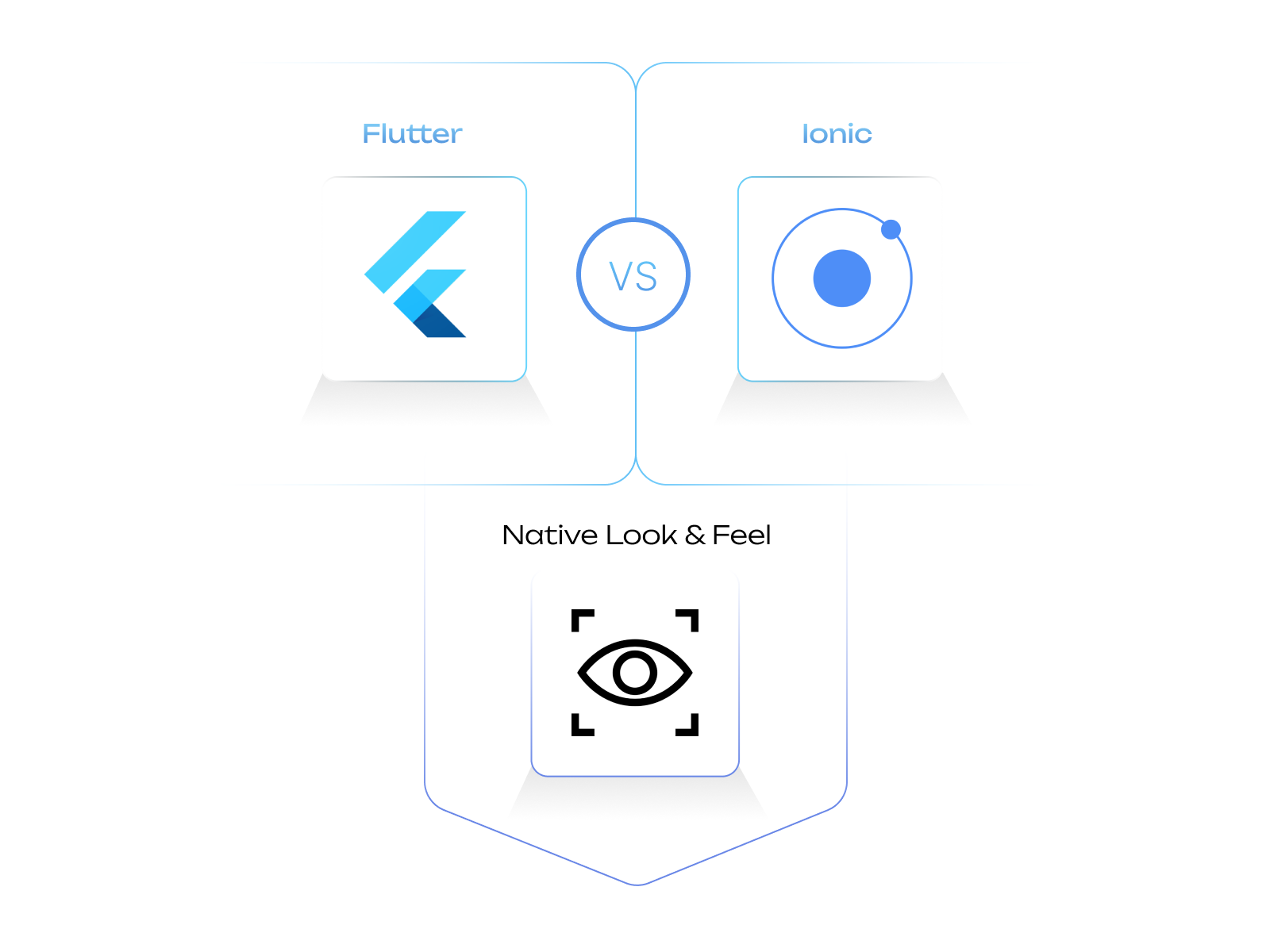 Flutter and Ionic will both essentially appear native to the user.

Flutter and Ionic automatically adapt the design of their UI elements to match the platform that the app is running on — Material Design for Android and Cupertino for iOS — even though neither framework employs the native UI elements of each platform.

Through a library of pre-built plugins and a set of tools for creating custom plugins as necessary, both systems give access to platform services and native APIs.

The native mobile implementation of Flutter is very opinionated; it should be emphasized. Businesses must become familiar with Flutter’s approach to interacting with iOS and Android if they plan to use it for custom native programming. This leads naturally to the following subject, which is knowledge and skill set. 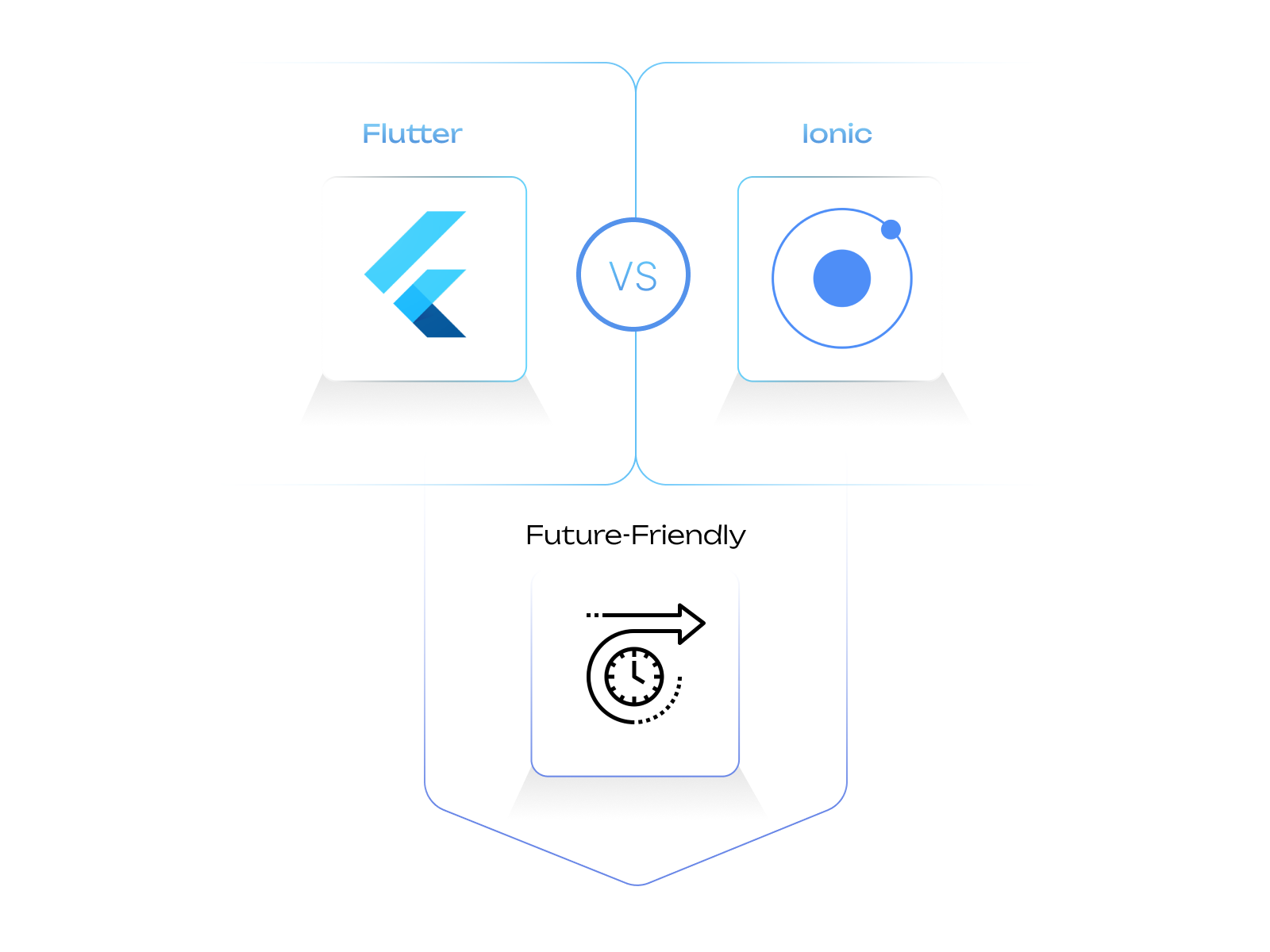 The final factor to consider is how long the project will endure and how much freedom and flexibility businesses will have as their software develops.

For Flutter developers, this means placing all of their eggs in the Flutter basket, which means that in the event that Google abandons the project (you know they never do, right? ), developers will be left with a set of skills and a codebase that are essentially homeless.

Using Ionic, businesses place their bet on the web, ensuring that even if they decide to develop for other platforms in the future, all of their work will adhere to open web standards. Businesses may use any JS framework with Ionic because it is based on Web Components. This is significant because it could change tomorrow even if React and Vue are popular. Additionally, Ionic will allow benefiting from whatever the future holds.

Ionic vs Flutter: The Winner

After reading every section of this post, we hope businesses understand how Ionic and Flutter differ and how they are similar. We’ve gone through every feature of Flutter while comparing it with the Ionic framework in this article.

It is always challenging to choose a particular framework. The decision-making process is greatly facilitated if businesses know their business objectives and user requirements. However, it is advisable to use specialized Ionic developers if the application structure is complex. Employ a professional team for Flutter app development if the projechttps://markovate.com/ionic-app-development/t involves complex user requirements.

The business purpose businesses choose to align with, the location and method of the app launch and the knowledge businesses now possess or hope to acquire will ultimately determine their chosen framework. To gain insight, it is, therefore, best to get in touch with Markovate, a reputable mobile application development company. Our knowledgeable advisors will lead businesses along the appropriate road and assist in making the best technological decision.