For information on the Conti ransomware gang, the US is offering a $15 million reward 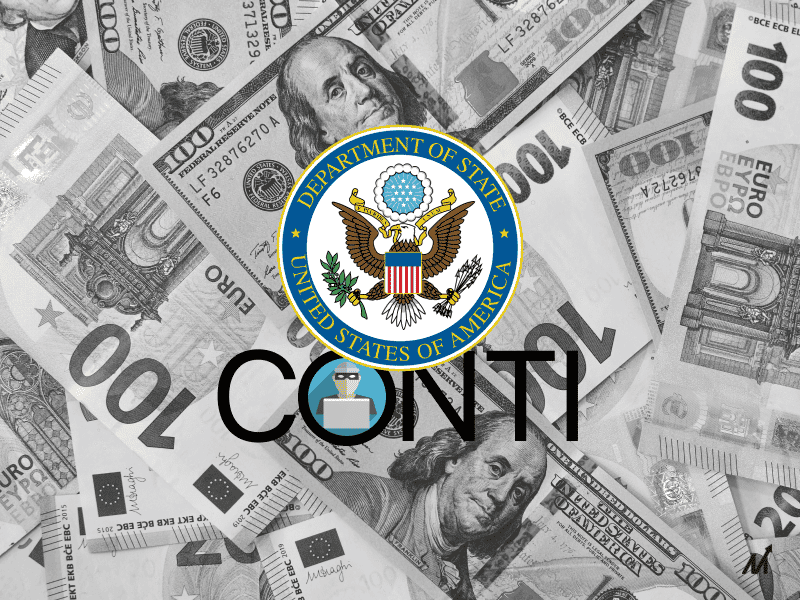 The US State Department is paying up to $15 million for information that leads to the identification and whereabouts of the infamous Conti ransomware gang’s leadership and co-conspirators.

Conti is a ransomware-as-a-service (RaaS) operation associated with the Russian-speaking Wizard Spider cybercrime ring (also known for other notorious malware, including Ryuk, TrickBot, and BazarLoader).

A reward of up to $10 million is being given for information on the identity and location of Conti leaders, with an additional $5 million being offered for information leading to the arrest and/or conviction of people who collaborated or attempted to participate in Conti ransomware attacks.

Conti has targeted over 1,000 victims, according to a statement released by State Department spokesman Ned Price, who have paid over $150 million in ransoms until January 2022.

“Over the last two years, the Conti ransomware gang has been responsible for hundreds of ransomware instances,” Price stated.

“According to the FBI, there were over 1,000 victims of Conti ransomware attacks as of January 2022, with victim payouts topping $150 million, making the Conti Ransomware version the most expensive strain of ransomware ever reported.”

The US State Department also offered up to $15 million in prizes in November for information on the REvil (Sodinokibi) and Darkside ransomware activities.

The rewards are part of the State Department’s Transnational Organized Crime Rewards Program (TOCRP). The Department has handed out nearly $135 million in awards under this program since 1986.

Tips can be submitted to the FBI at FBI Tips or through the FBI’s Electronic Tip Form.