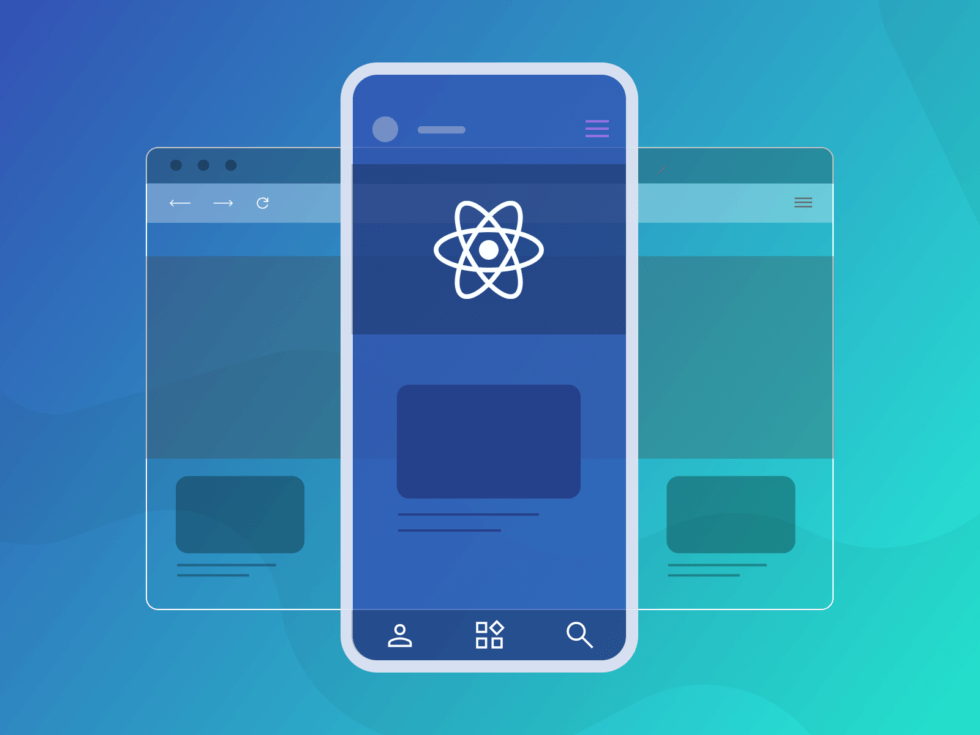 You might be familiar with Swift for developing iOS apps or Java/Kotlin for Android. Learning multiple languages to build native apps can become cumbersome and unreasonable today when many technologies and frameworks are available. Another popular name that has thus emerged in the app development field is React Native, a light frame framework based on JavaScript. It was introduced in 2013 and made open source to the public in 2015 by Facebook. It has become a hit amongst app developers, and React Native development has become a sought-after skill for people looking to develop apps for their companies or businesses.

The best part about React Native framework is that you can make iOS and Android apps using components from the famous Facebook Library React without having to write native platform codes separately. It follows the learn once, write anywhere principle. This helps to deliver a remarkable user experience and is highly cross-functional. React Native framework has been adopted by giants across industries like Facebook, Instagram, Uber, Airbnb, and quite a few more to develop their apps.

It is evident then that knowing React Native development is essential if you want to improve your app quality and use the latest technologies to improve your business ventures!

What is React Native App?

React Native is an open-source platform for building mobile applications on top of Facebook’s popular React web framework. Cross-platform applications use it. This implies that unlike Native technology, which is created using only one of the two systems in mind, apps developed using this technology are compatible with both the iOS & Android platforms.

Even though there have been previous cross-platform app development solutions before React Native, it is the first to bridge the gap between native & hybrid apps truly. Now let’s better comprehend it.

Which language is used in React Native?

Developers only have to write one piece of code using REACT Native, and the finished output is compatible with iOS and Android. Because Facebook supports it, has a sizable community, and is built on the reliable ReactJS framework, REACT Native has become increasingly popular.

How does React Native work?

React Native development uses a single codebase of JavaScript and the React library to develop mobile applications. You do not need to know Java or Swift. The coding is done in JavaScript, Typescript, and JSX and is 100% reusable.

The primary functioning of how React Native works is with the help of two threads that work simultaneously with each other: primary and javascript. These two are asynchronous and never communicate directly with each other.

The Main thread is responsible for handling the user interface and the processes inputted by the user.

The JavaScript thread handles the backend, processes these requests, and controls the app’s overall functionality and design.

An essential component that helps in this interaction is the Bridge. The Native Bridge helps communication from the Native code to the JavaScript code and vice-versa. Without this, developing applications would have been impossible. Its asynchronous, serializable, and takes messages in batches, avoiding conflict.

Run react-native run-iOS on the command line for an iOS view on the stimulator or react-native run-android for an Android perspective. React Native development’s biggest strength is that the same code can be used for both platforms as it’s not platform specific.

You can also debug it easily with the help of Chrome Developer Tools, which runs the JavaScript on the browser instead of the device, making debugging easier.

React Native uses React, but, to put it simply, it isn’t a “newer” version of React.

JavaScript library React, commonly referred to as ReactJS, is used to create a website’s front end. The Facebook engineering team made it like React Native.

React Native, which is run by React, on the other hand, enables developers to quickly create and launch iOS and Android apps using a set of UI components.

JavaScript and a unique markup language called JSX are both used by React and React Native. They, however, have different syntaxes for rendering elements in JSX components. React also employs some HTML and CSS; however, React Native supports native mobile user interface elements.

This indicates that while the components are different, the syntax and workflow are the same in both cases.

Does react-native employ a different methodology for the same concepts as React?

No! When it comes to how components function in React, for example, props (used to send data from one component to another) and states (a local data storage that is local for the components and is not provided to other components) operate similarly.

You can use React Native to access React APIs; however, some functionality cannot be implemented in the same manner as in React because of how different web and mobile platforms handle logic.

Remember that default components could operate and appear differently on various systems. So, before creating the app, test it across all platforms.

You do not need to write different codes for iOS and Android, and almost 90% of the code can be reused for both. This thus reduces the development time, puts the product on the market quicker, and requires less effort from the developers.

One of the most significant changes of React Native is that you can automatically see the updates when there is a change in the code. Developers can work in real-time, making this process more efficient and debugging more accessible as the changes are automatically reflected.

The UI is entirely based on the native components ( combined with JavaScript, of course). This gives it a 100% feel of a native app, and it’s hard to differentiate between them. Also, since the codebase for iOS and Android is the same, the sense of the app is quite similar across both these platforms.

It helps to save tons of money during the app development process, as you do not have to hire two separate teams for the different platforms. A single unit can be used for both platforms. Third-party plugins are also inherently available, which increases their functionality and efficiency.

React Native is open source and is also backed by Facebook engineers. The developers working on it keep it continuously updated, help each other out, and the community is thus highly active and supportive, making React Native better daily!

1. Incompatibility with O/S and lagged updates

Google and Apple continuously work on their O/S and develop new features to improve them. These might not work with React Native unless someone in the community creates a method to work with them. E.g., Face ID.

React Native development does not support complicated designs and advanced functionalities. It affects the Bridge significantly, and the performance is considerably lowered. Since some advanced features for which there is no substitute have to be created with Java/Swift/Objective-C, these also require additional knowledge of native developers. Otherwise, the app’s performance can be affected deeply.

When not to develop apps using React Native?

Being a react native development company, Markovate has a team of experienced React Native app developers ready to cater to your every need; from modifying an already made React Native app or making one from scratch, we provide wide-ranging services to help your business skyrocket. Our developers are here to create whatever you need using the latest technology, such as SQL, JSON, XML, or just plain HTML, CSS, and JS.

Our goal is to provide react native development services to create a highly functional, cross-functional app that uses the latest technology to perform best. We understand our client and their needs thoroughly and follow an entire process from ideation to the launch and maintenance of the app. Markovate can help you and your business create excellent applications with a fantastic UI, tremendous performance, and seamless collaboration!

1. Which type of apps can be developed in React Native?

IOS and Android apps are developed using React Native, from e-commerce to social media to lifestyle. Five app types that are ideal for React Native development are:

React Native is used by some of the more well-known companies, including: