Walter White once said that there are always two sides to every story. The same seems to be the case for the past two years. The last two years have been both prosperous and a bit challenging to handle. People confined to their homes with little or no social activities were nothing less than an opportunity for mobile apps and online businesses to flourish. There was a significant increase in mobile apps centered on individuals’ needs.

Though you might already have some knowledge about mobile app development frameworks but to help you choose one, we are going to discuss a few! Ready to read? Let’s Begin!

What Are Mobile App Development Frameworks?

The best option for businesses to expand their consumer base is through mobile applications, as evidenced by firms. A lack of innovative app ideas has never existed. Everything worked in the application development industry’s favor.

Mobile app development frameworks are platforms for creating software that comprises, among other things, tools and software, compilers, debugging tools, and programming interfaces. As a result, a developer produces the framework and source code for the program, then employs a variety of components to create the application for various mobile devices. 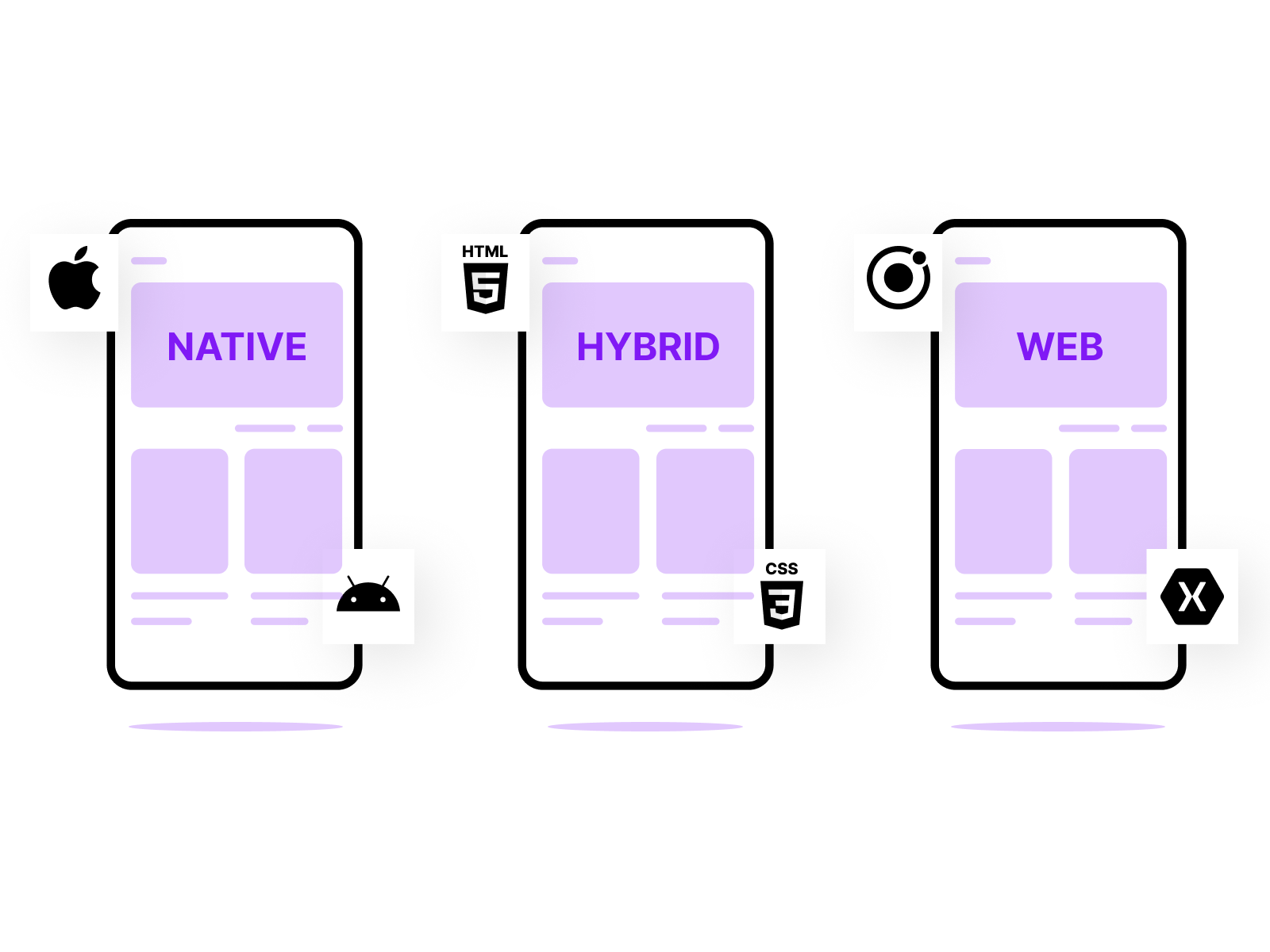 Here are a few contemporary mobile app development frameworks. Both iOS and Android users can find these to be quite helpful. 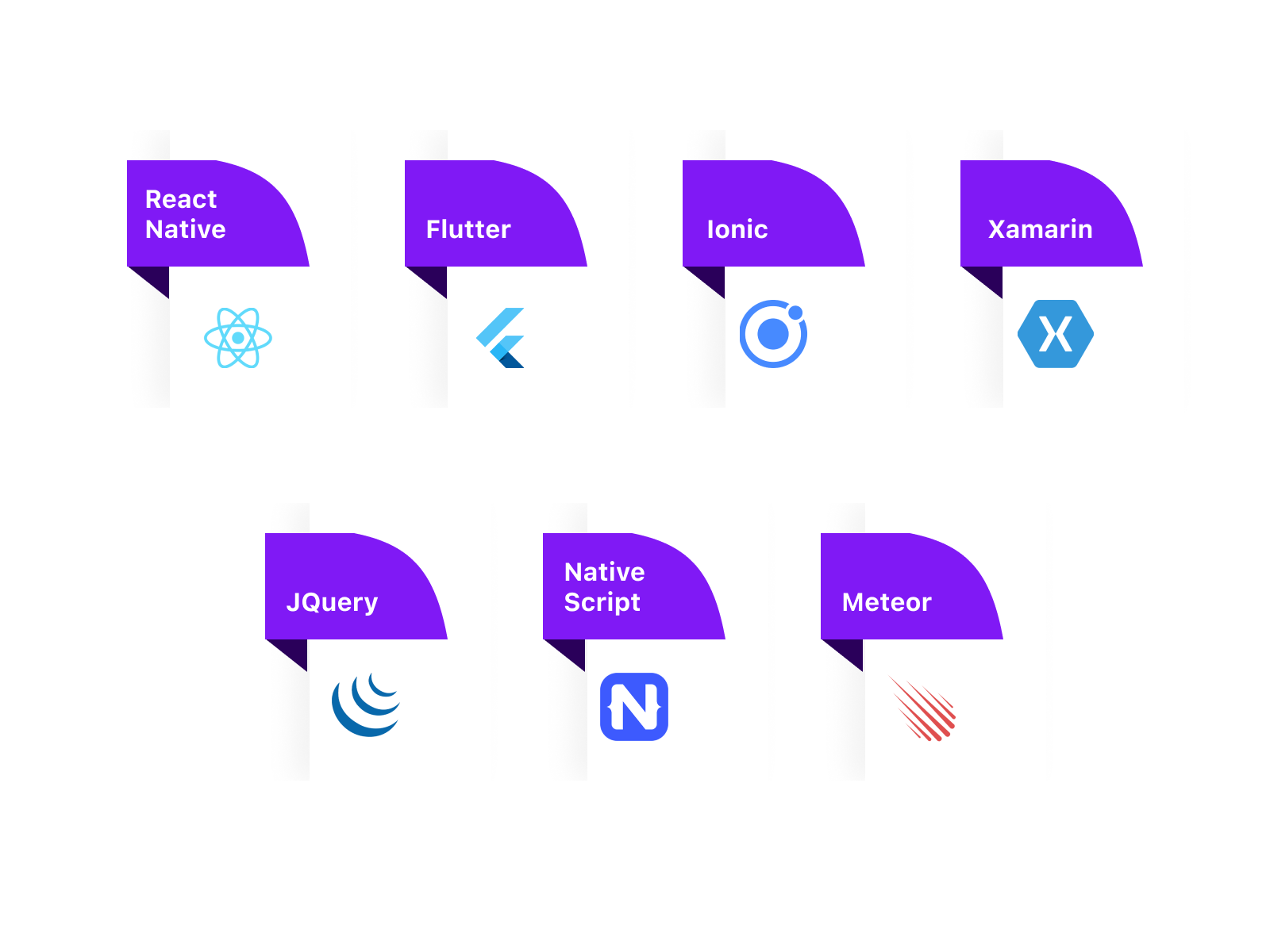 Do you know Facebook is the company behind both React.js and React Native? When Facebook was struggling to maintain its separate iOS & Android apps, React Native made the process of maintaining and scaling both their apps. Interesting, isn’t it?

React Native is one of the most preferred mobile app development frameworks. Utilized by mobile app industry experts, React – a cross-platform app library embedded with JavaScript codes assist in building highly responsive and scalable apps with React library as a component source. React Native enables a developer to code an app once in JavaScript and then deploy it both to Android and iOS, intending to reduce the effort of writing separate codes for Android & iOS from scratch.

React Native Cons: What Should You Watch Out?

According to Statista, Flutter is the second most popular cross-platform mobile app framework by developers worldwide. Flutter – Google’s free and open-source UI framework is the best framework for developing Android, iOS, or both mobile applications. It uses the programming language Dart and incorporates Material Design and Cupertino widgets.

The primary reason Flutter became one of the most preferred Frameworks is its single codebase that contains widgets, a rendering engine, debugging and integrating APIs, and resources to assist developers in creating and deploying robust cross-platform mobile applications.

Flutter Cons: What Should You Watch Out?

The Ionic Framework facilitates access to every single Native API on each platform. It can do anything a traditional Native app can do with integrating UI elements like list views, filters, forms, action sheets, navigation menus, etc.

Ionic Cons: What Should You Watch Out?

Another top-rated open-source mobile app development framework – Xamarian, has various libraries that allow engineers to code once and use the product across different operating systems (OS). This framework is ideal for developing mobile applications and is compatible with all platforms, be it macOS, Windows, tvOS, watchOS, or iOS. The only condition-to-work exception is for .NET; as for .NET, the Xamarin framework needs to be combined with Microsoft’s IDE and Visual Studio.

Xamarin Cons: What Should You Watch Out?

Developed by the jQuery project team in 2010 and written in JavaScript, another cross-platform mobile app development framework used by app developers across the globe is jQuery Framework. Compatible with all the latest mobiles, desktop, and tablet screens of iOS, Android, Blackberry, Windows, etc., this particular framework can ease the development of highly functional and complex applications using the features of both jQuery and jQuery UI.

jQuery Cons: What Should You Watch Out?

SlideShare, Dodge, Disney world, WordPress, Google, and IBM are the users of this platform.

Another framework you should know is Native Script, an open-source framework used to build apps for Android and iOS devices. Native Script uses JavaScript and CSS to render the UIs and ensure a Native-like app experience. Native Script enables the development of three kinds: Native Script Core, Angular, and VueJS, to pave the way for the fastest transition from prototype to the final product.

Native Script Cons: What Should You Watch Out?

Meteor Cons: What Should You Watch Out?

With that read, we have come to the end of our extensive article. That should help you learn about mobile app development frameworks suitable for your app idea. But how will you choose which framework will best build their mobile app? This question can only be answered by partnering with a renowned mobile app development company with well-experienced developers.