Facebook’s Libra Cryptocurrency: What You Need to Know 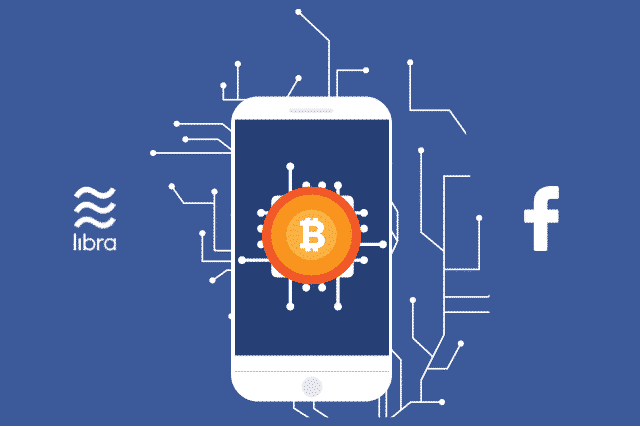 Big changes are coming to the Blockchain and cryptocurrency world. Social media giant Facebook is entering the space with its Libra cryptocurrency coin in 2020.

Libra will let users buy products or services online or send money to people around the world with nearly zero fees. Users can pay for purchases on Facebook, as well as on the web.

The dollar and Euro are linked to Libra’s structure, making it different from other cryptocurrencies. The goal is to provide more stable value to the coin, as opposed to other famous cryptocurrencies such as Bitcoin.

This post will break down Facebook’s proposed plan for its Libra cryptocurrency project. We go over how Libra differs from other cryptocurrencies, why the social media company took on this venture, and what the future of cryptocurrency looks like with Facebook on the scene.

How is Libra different from other cryptocurrencies? 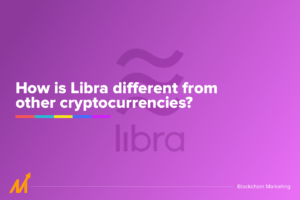 Libra is a form of cryptocurrency, meaning it is digital money, but its similarities stop there with the famous cryptocurrency Bitcoin.

The Libra cryptocurrency will not be like Bitcoin in that investors will not buy it in hopes of watching it grow. Buying a Libra coin will be more like buying a traditional currency such as the Euro. You can exchange the Libra coin for dollars or euros, and hold them in a digital wallet, such as Facebook’s Calibra.

While everyone can use and access Bitcoin’s blockchain, the Libra Association manages the Libra blockchain on a permissioned network.

Currently, the Libra Association consists of 28 partners of varying companies and foundations, with Facebook as the driving force. Each partner invested at least $10 million in order to build a reserve of fiat currency, or regular money that can be exchanged for Libra.

Facebook is seeking a group of at least 100 financial contributors, who will then become voting board members. This group will be the ones to manage the coin, the underlying code, and have access to Libra’s blockchain. 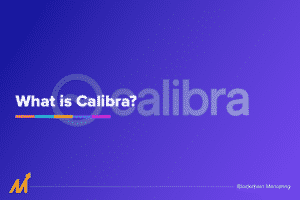 Facebook owns a digital wallet made to hold the Libra coin, called Calibra. While other developers can make their own digital wallets for Libra, Facebook has the power to integrate Calibra into WhatsApp and other Facebook apps, giving them a huge advantage.

Calibra is also a member of the Libra Association and gets a vote on the board. However, because Facebook owns Calibra, this set up essentially gives Facebook two votes in Libra’s operations.

Users will not have to worry about Calibra accessing their Facebook identity, or Facebook accessing their money. Calibra says that it protects its users’ privacy by never mingling your Libra payments with your Facebook data. The digital wallet will not tie public transactions on the blockchain to your personal identity. In turn, Facebook will not use your information for ad targeting.

Keep in mind however that Calibra, Facebook, and the other founding members of the Libra Association earn interest on the money users cash in, held in a reserve to keep the value of Libra stable.

Should I invest in Libra cryptocurrency? 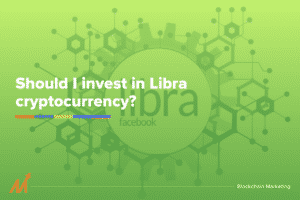 Investing in Facebook’s Libra cryptocurrency is not the same as investing in Bitcoin.

Facebook’s Libra cryptocurrency is on the blockchain but does not behave the way Bitcoin does. Libra is tied to fiat currency to tackle wild fluctuations in value seen in Bitcoin. Libra is meant to stay stable. To invest in Libra, you can apply to be a member of the Libra Association if you have $10 million and can provide significant value to the team.

Whereas with Bitcoin, all of its users can mine the currency, and have access to its data. Bitcoin is decentralized as a way to cut out financial institutions and high transaction fees. The Bitcoin blockchain has nodes all over the world validating transactions. No one person or company can change transactions, block people from using it or alter digital wallets.

Fiat currency from Libra’s investors backs the cryptocurrency, while Bitcoin’s users determine its value by what they are willing to pay for it. This leads to wild swings in Bitcoin’s value, which the Libra Association is hoping to address with their reserve.

Initially, the Libra cryptocurrency will likely be used on Facebook and its properties. Other companies may come on board at a later time, such as the ones making up the Libra Association. On the other hand, anyone in the world can use Bitcoin. As long as both parties have Bitcoins and there is another person there to validate the transaction through mining. 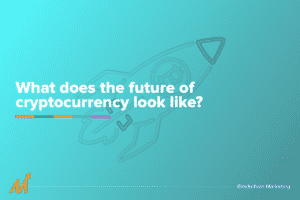 Facebook plans to move Libra from permissioned to permissionless in five years. This move has never been done before with a blockchain and will likely result in significant hurdles. The companies in the association, for one, may not want to give up their privileged position and power over data previously only available to them.

There is also the issue in the public’s trust of Facebook. Inviting other companies to have control over Libra addresses public mistrust, as it seems as though this cryptocurrency involves many companies. But Facebook’s role in the project is undeniable, and users may wonder if they can trust the company with developing a financial system.

Another issue is that cryptocurrencies generally decentralize the power given to banks and middlemen. The integration of Libra in daily life and financial transactions means that Facebook could further increase user dependence on its platform. Using the Libra coin could ultimately give more power to Facebook.

Facebook says its motivation for creating Libra is as a service to the developing world and the parts of the developed world where it is difficult to access a bank.

Facebook wants its digital currency to easily convert in and out of other currencies, all with lower transaction fees. Their goal is to have Libra eliminate the issues found in banks and Bitcoin, thus becoming the first mainstream cryptocurrency.

Some say that Facebook wants to mine more data in a previously untapped market of the world. Although Facebook says Libra will not have access to personal user data, the company will still know how much users have in their wallet, as well as where and when they are spending their money.

Using services such as PayPal and Venmo still require a bank account. However, a user does not need a bank account to access Libra. Facebook’s whitepaper on Libra says that 1.7 billion people do not have access to a traditional bank, but one billion of them have a mobile phone, and half a billion have internet access. A phone and internet access are the only requirements a user would need to send and receive Libra.

Although Libra transactions will not be linked to a person’s real-world identity, there will still be plenty of user behaviour to track. This information could prove invaluable to decisions on company strategies. Because the Libra cryptocurrency is more centralized than others, the project appears as more of a power grab than a way to help developing nations. 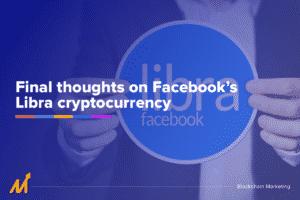 Facebook taking on the Libra cryptocurrency project further brings Blockchain tech and its uses into the mainstream. Although at first glance the project appears as a competitor to Bitcoin, Libra’s structure is more centralized. The Libra Association’s reserve of fiat currency helps stabilize the value of the coin but skews toward a centralized network.

Facebook will also have to navigate garnering user trust in a product that acts as a new financial structure. The Libra cryptocurrency will place Facebook at the center of a network that tracks user transactions. Even the inclusion of other partners in the management of Libra’s code cannot hide Facebook’s major role.

While Facebook’s goal is to provide a cheaper way to transfer money globally, there are other use cases. The information that the Libra cryptocurrency blockchain tracks can prove invaluable to several companies. The companies on Libra Association may not want to share such a privilege with all users.

As large corporations such as Facebook are moving in on the space, now more than ever all crypto companies need a solid blockchain marketing plan to stand out. If you have an ICO or STO project and need help with an ICO marketing plan, give us a call. We provide custom marketing solutions to help you attract your ideal audience and investors.

If you think your website design and marketing success are mutually exclusive, think again.  Why? Because they are the two Read Article

How Can Businesses Evolve Their Marketing Strategy Amid The COVID-19 Crisis?

We are living in history right now. The COVID-19 pandemic has left no industry untouched and we can expect it Read Article

Google Ads: How to Optimize Your Landing Page for a Better Quality Score