Conceptualizing a product idea and bringing it to life is certainly not easy, making product development a crucial as well as delicate process. The success and failure of a product determine how the company’s trajectory is going to be and what revolution it can bring to the industry. Enterprises spend tons of resources trying to make a product with full features and minimum errors customized per the user’s needs. Before we look into MVP examples, it’s crucial to understand why they’re used for product development.

In the first launch, building a product with minimal flaws, excellent customer reviews, as well as fully functional features is nearly impossible. Every product goes through multiple stages and iterations to develop the best possible solution.

Why use an MVP for product development?

Minimal Viable Product ( MVP) is a heavily adopted approach by businesses. It is based on the fact that a product, instead of trying to be entirely sufficient in the first go, is first delivered with minimal features.

It can be viewed as the stage between the prototype and the delivered product. This is then used to improve based on real-time customer feedback and helps to provide better a product, which for sure is according to the user’s needs. Instead of solving several problems at once and wasting time and resources, it is better if, using MVP, the startup can understand how the product will satisfy the customers and what future it has.

MVP focuses on feature prioritization and builds on only what is required. This is an inexpensive method to get a good insight in the early stages, and also you gain more depth on the market and solution. Continuous feedback from the potential customer also helps to build a loyal customer base, or product evangelists, who believe in your vision and value if they like what you bring to the table. It allows mobile app development with minimum risks. The multiple updates and versions are also released earlier and faster in the market, as the area of extensive research is limited and primarily based on the user’s feedback.

MVP examples have proven to be quite successful in making the final product better and a more refined fit for the market.

1. MVP does not have any functionalities

This is not true. MVP contains the most appropriate features that address the product’s core. The team keeps the good use cases in mind and analyses the areas where feedback is needed.

2. An MVP should be as close to perfection as possible

Of course not!
The purpose of an MVP is that it can be built upon according to the relevant feedback. It seeks inputs and improvement at every stage and becomes better with every iteration.

This is not at all relevant. A failed MVP pushes you to go back to square one and start all over with a different approach. Since not many resources are involved, one can afford to start afresh with a better product design and outlook.

4. The more features you integrate into your MVP, the better

This is a shot in the dark. More parts might sound better on paper, but in reality, it just confuses the user more and might deviate constructive feedback. More options mean more usage of resources. You might have a problem figuring out where the exact problem lies based on the input, as the area for improvement might be anywhere then.

Further Read: How To Plan A Lean MVP That Scales? (An Essential MVP Guide)

What makes a good MVP?

A good MVP utilizes the minimum assets and maximizes the product’s utility. The following features can be kept in mind while assessing one:

1. It should focus on a targeted user group

If you’re successful in making your solution accepted by the potential users you saw your product being used, half of the job is done. Understanding the user’s needs and helping to solve their problems is one of the most fundamental aspects of MVP product development. Different audiences would lead to more opinions, more confusion, and less productivity.

2. Minimum does not mean less and less

A good MVP conveys the purpose of the product, the core feature, as well as functionalities and gives the market an idea of what they are proposing. Minimal does not mean that you lessen the features. It means building the right amount of crucial components to seek the feedback and validation you are looking for, which will further help your product. This factor depends on what kind of product you are developing and your target market.

3. Does not seek profits and focuses more on the testing phase

The objective of MVPs is not to gain profit. It is to iterate the product through multiple stages and also achieve the best outcome. It is to gain constructive feedback. Looking for profits might hinder your launch. You should put all your efforts into testing your idea, vision, and product.

10 MVP examples that turned into big businesses: A peek into success stories 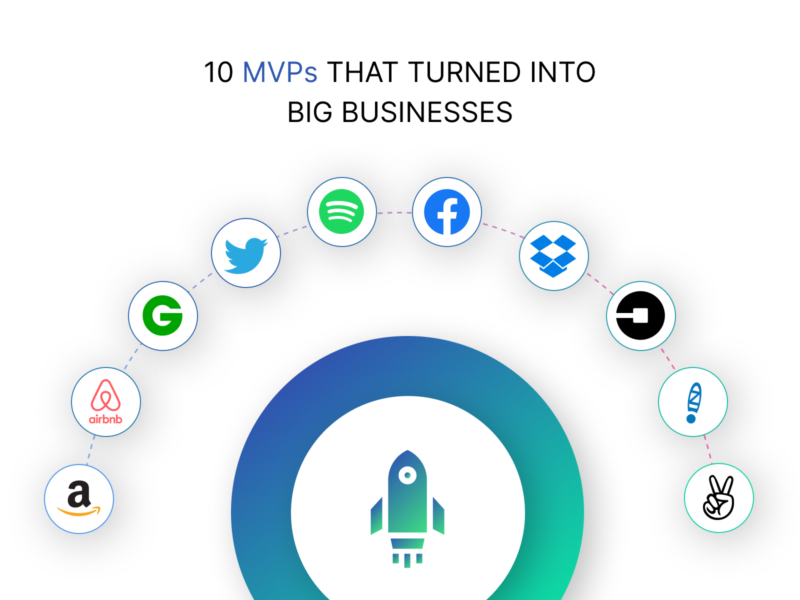 One of the biggest retailers worldwide, Amazon was started by Jeff Bezos as an MVP. He wanted to step into e-commerce as well as researched deeply to find the most effective item which could be marketed on the internet. He found out to book and started from there; Amazon was launched as an online bookstore. It has features such as lower prices and more variety in titles, and it took more than two decades and various iterations for it to become the global company it is now.

Started by two roommates, the idea emerged when all the nearby hotels were booked for a conference, and they had no money to pay back their rent, so they decided to accommodate a few guests on a rental basis there. Their MVP was a simple website as they wanted to see how well their idea would fare as well as listed their apartment. They got three people to stay, which validated their concept. The turnover of this company is in billion dollars now.

Groupon started with a minimum viable product, as the founders had already failed once before. It was a WordPress blog where they would post their deals daily and email the coupon when someone accessed it. Their first sale was 20 two-for-one pizza coupons. The website became a hit, and now Groupon is one of the fastest-growing companies.

Having more than 320 million users worldwide, this is an extremely popular social networking site. Its MVP name, Twitter, was based on the idea that the employees of the founding company, Odeo, used to share daily updates via text messages. People then spent hundreds of dollars on these messages, which showed that a concept like this might be headed for a bright future.

This is practically synonymous with the music industry. It was initialized in 2006, and its MVP just consisted of a simple landing page where users could stream their music online. They had a low beta customer base, which helped them test the quality more efficiently and also gain helpful feedback. This product has been iterating and now has a fully developed mobile app too.

After the “Facemash” incident, Mark Zuckerberg came up with the idea of ‘Facebook’. It was earlier restricted only to Harvard University students and then expanded to three other elite schools. It served as a directory containing information about students of all sorts. The success of Facebook is a story now we all have seen and experienced.

One of the most innovative MVPs, the Dropbox MVP, was just a three-minute video. A three-minute video that made such a profound impact on the users that its beta testers grew five times, surprising the CEO itself. It was narrated by him demonstrating what the product did, how it solved your problem, and how it was different while consisting of hidden references and jokes amongst it. It was a great hit and skyrocketed Dropbox’s popularity.

Uber is one of the giants in the tech industry today. The MVP software was the prototype, in this case, released in 2009. People had to text either of the two founders to access this service. The small as well as exclusive user base helped them gain relevant feedback and integrate more features to become a fully functional app.

This shoe business generates billions of dollars in revenue. It all started when its founder when to the mall and could not find any shoes. He then developed an MVP, a simple website to see if the users were willing to buy those shoes, then he went to the mall and brought them if a customer was interested. It proved that a concept as bizarre as the market also accepted this.

It was founded in 2010, and all the work automated on this website today was done manually. It is used to connect startups with investors through their connections as well as network through emails. Once they thought this idea was being received well, they built their first website. It is one of the top companies now for seeking investors and also jobs.

Markovate, being a product development company, can help you build agile MVPs to ensure that the client gets the best MVP app development life cycle possible and can fully cater to the user’s needs. From designing an MVP roadmap to the MVP launch, we are there with you every step of the way to make the user’s journey as seamless as possible as the client’s. We define a strategy for shortlisting the core features as well as functionalities and designing an effective UI and user experience catering to every customer’s need.

Successful MVP examples, as stated above, is a great testament to why this is such an integral part of the launch of a great product and how it helps to achieve the best result possible instead of having a hit-and-trial approach.

1. What are the success factors of the MVP?

A successful MVP is small and cheap, analyses the metrics carefully, values the user feedback, and incorporates fewer but essential features.

2. How do you prioritize features for MVP?

Prioritizing your features for an MVP involves identifying the target audience and the needs, designing all functionalities, and also prioritizing the unique ones. Multiple approaches can be used, such as moSCow matrix, bubble sort technique, effort and impact technique, etc.

3. How is MVP calculated in agile?

MVPs are extremely agile and are calculated based on initial customer research, testing phase, as well as cost efficiency.

How To Engage More Customers With A Chatbot? 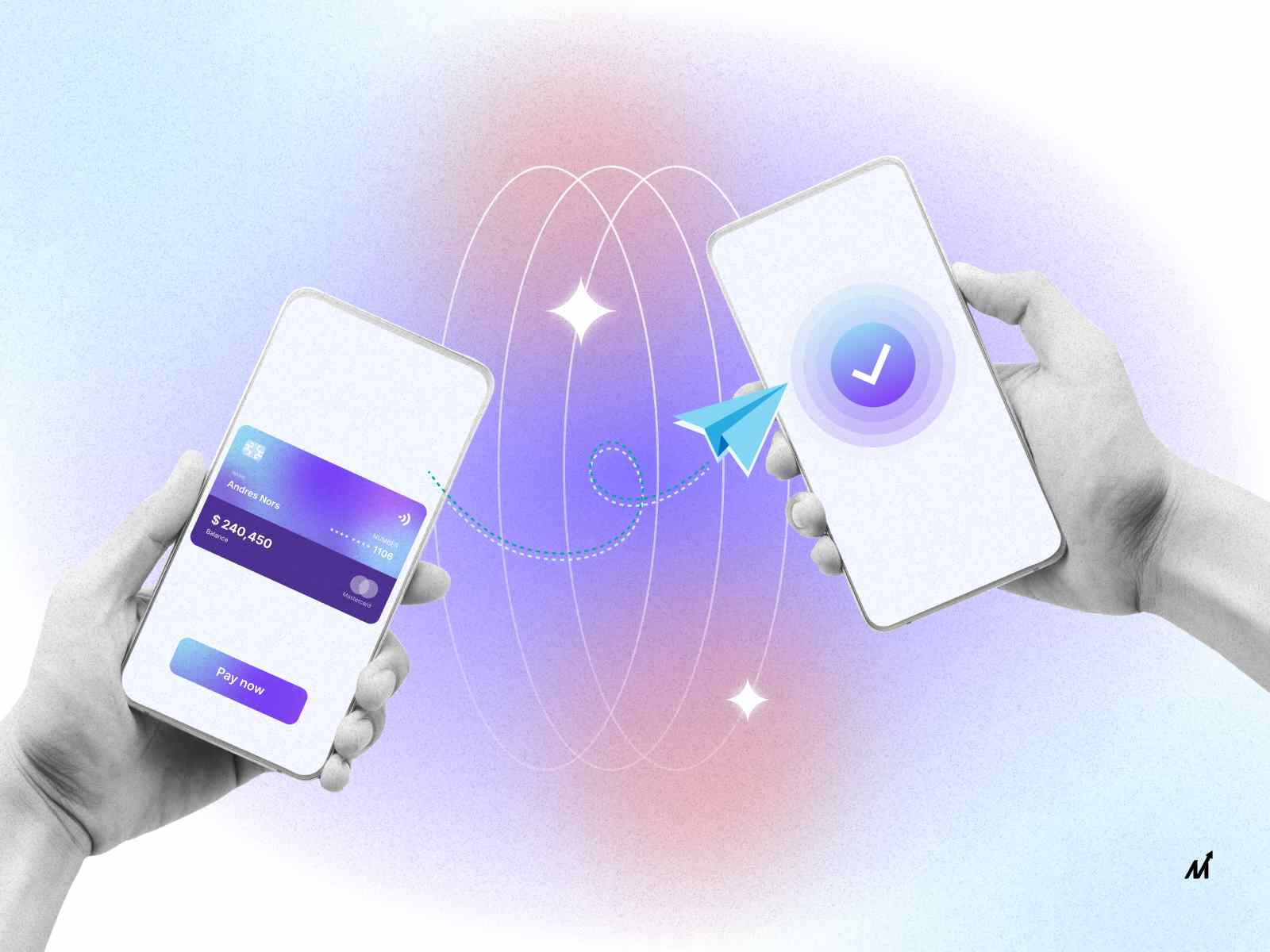 7 Reasons Why You Need A Mobile App For Your Business