How to build Metaverse virtual world? 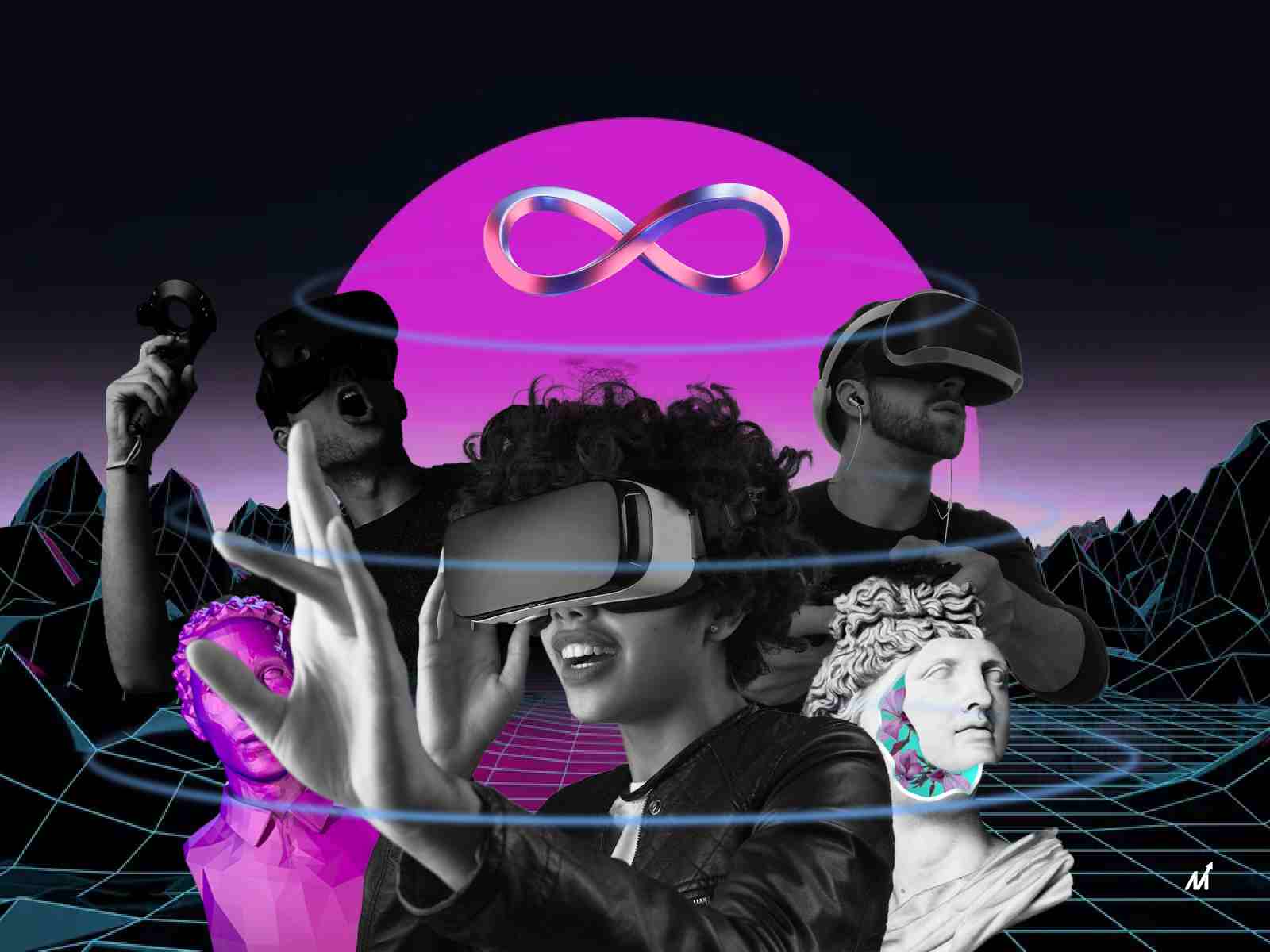 A Metaverse is a digital space where virtual people communicate and engage. The Metaverse market is anticipated to increase to 47.48 billion US dollars in 2023, then to 678.8 billion US dollars by 2030. Metaverse uses virtual forms, known as “avatars,” to carry out actions in the virtual world similar to how they might in the actual world. Technically speaking, the Metaverse is a virtual world made possible by the fusion of numerous technologies. It needs artificial intelligence (AI), spatial computing, HMDs, IoTs, virtual reality (VR), augmented reality (AR), and more.

Companies invest heavily to build the Metaverse into a functional business and social environment.

What is the Metaverse, exactly? The Metaverse could be introduced as an immersive, 3D virtual environment. Imagine it as the internet rendered in 3D or brought to life. Instead of just viewing it on a screen, Zuckerberg has called it a “virtual ecosystem” you can enter.

In essence, it’s a universe of surreal, interconnected virtual communities where individuals may interact via smartphone apps, augmented reality glasses, virtual reality headsets, and other devices to socialize, work, and play. According to Robertson and Peters, the Metaverse is “a multiverse which interacts more with the real world,” including features like augmented reality overlays, virtual reality changing rooms in actual stores, and even Google Maps-like applications.

The Metaverse is persistent and endless because we can keep adding information to it, which exists even when we don’t engage with it. The terminology is several decades older than the current iteration.

Fundamentals of the Metaverse

With big and small businesses investing in virtual reality, augmented reality, and other immersive technologies, the metaverse is quickly becoming a significant component of the technological landscape. Even if the development of Metaverse virtual worlds is still in its early stages, below is a list of the top businesses already moving forward:

Microsoft is developing several Metaverse applications using its Mesh technology as a foundation. These diverse and extended reality applications combine the real world with augmented and virtual reality. The company’s objective is to build a work-focused Metaverse within Mesh where customers may use Microsoft Teams, Windows, and other services in VR.

The technological behemoth also plans to integrate avatars in the workplace to enhance and hasten problem-solving.

Fortnite, a tremendously famous battle royale game created by Epic Games, is probably its most well-known, but the business is also a significant player in the Metaverse industry.

Epic is also developing a completely immersive virtual world dubbed the Metaverse and several other virtual and augmented reality projects.

One of the primary Metaverse companies making virtual worlds is Facebook, now known as Meta. 2014’s acquisition of Oculus by Meta represented a significant investment in the advancement of virtual reality. The organization is developing headsets that will offer the most lifelike experience yet.

The development of initiatives for the Metaverse is the exclusive focus of a brand-new team they have even formed. They want to create a virtual environment where avatars may communicate and transact for leisure and business. A workable prototype of Meta might be released in two to five years, given its creative economy. 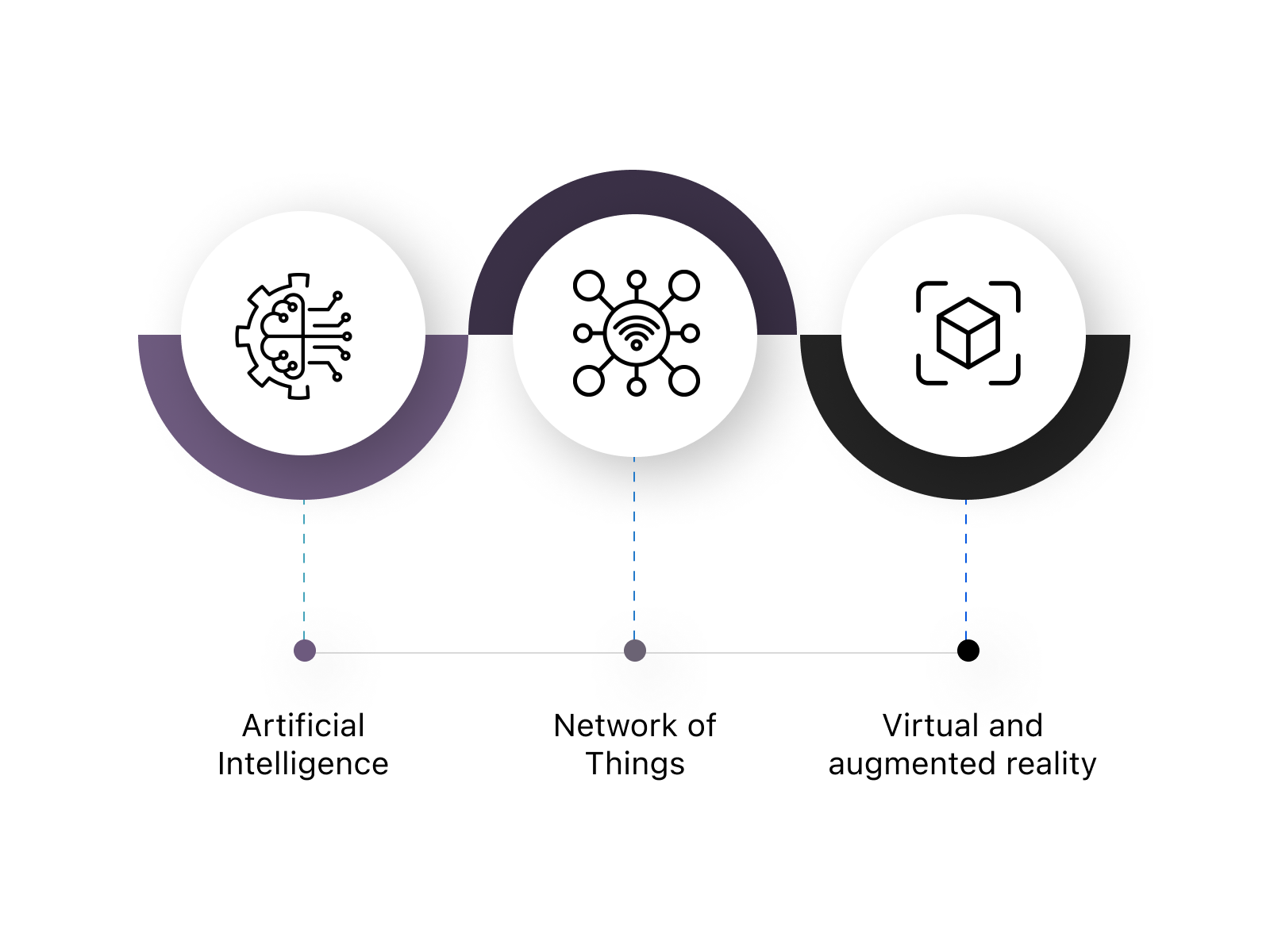 The integrity of the Metaverse infrastructure is ensured by artificial intelligence, which, when combined with Metaverse technology, also provides valuable data for the upper levels. NVIDIA technologies serve as a good illustration of how AI will be essential in creating the virtual environments where social interactions in the Metaverse will take place.

As the Metaverse studies and engages with the actual world through IoT, it will also act as a 3D user interface for IoT devices, enabling a more individualized IoT experience. Organizations will benefit from the Internet of Things and the Metaverse by making data-driven decisions quickly.

How to create a Metaverse virtual world?

Console, PC, or standalone headsets like Quest are essential to the future of virtual reality. With Oculus, which converts physical movements into VR, VR technology has advanced beyond PC-dependent headsets with external tracking. The Immersion of the Metaverse strongly emphasizes favoring more widely available, internally tracked technologies.

Apple and Google’s platforms for content distribution are crucial to the mobile world. Before having the opportunity to make a payment, users must download an app. However, game streaming is developing rapidly. Microsoft has introduced mobile Xbox cloud gaming. It moves the Metaverse’s goal of a seamless streaming experience on mobile devices one step closer. 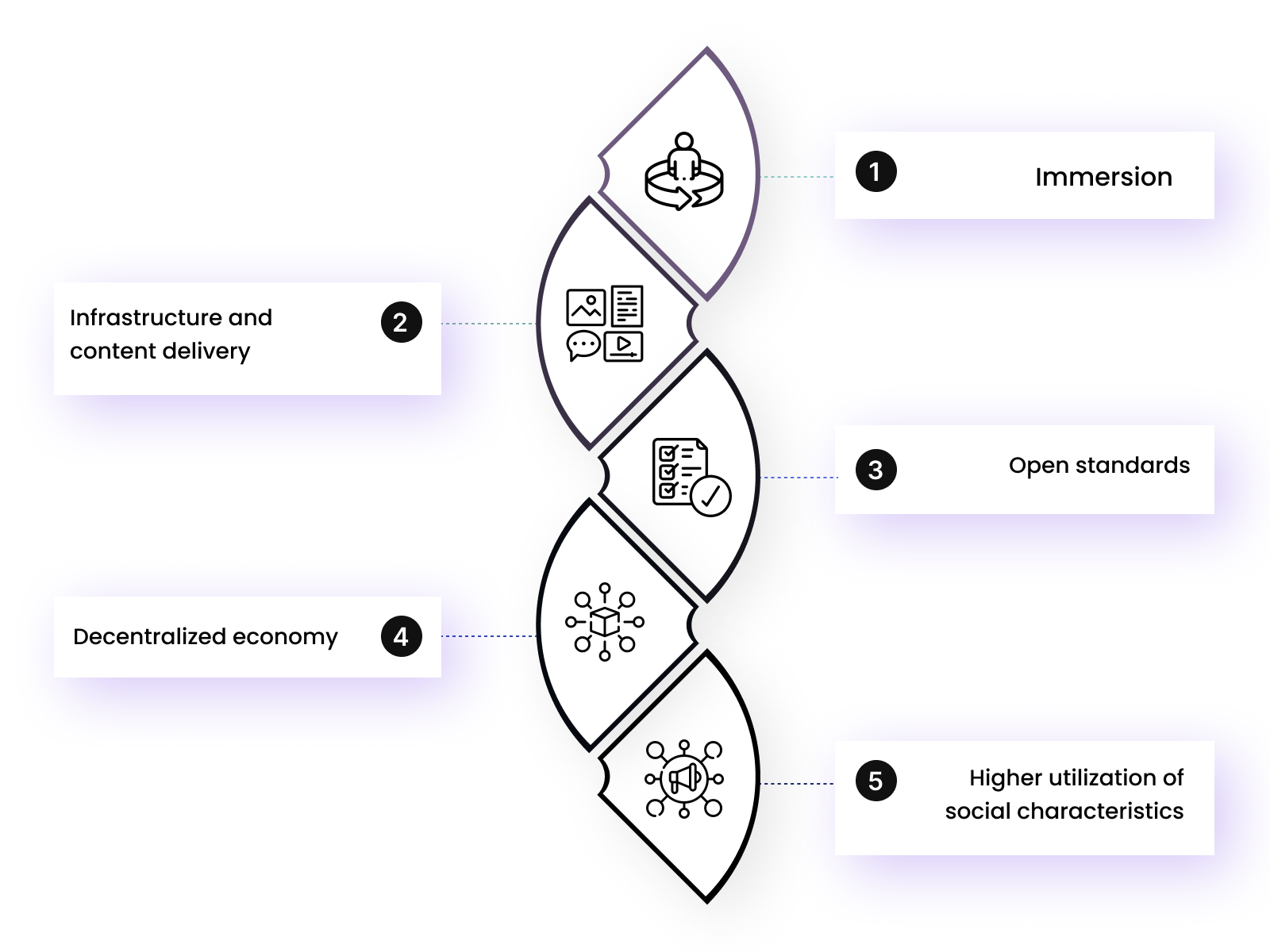 The Metaverse must be based on open standards that link all virtual experiences to be considered a viable replacement for the internet. No single entity can control the Metaverse, which can be very difficult. This open standard opposes Apple and Google’s current commercial models, which function like walled gardens with tight control over who pays for what and what may be published.

It will be necessary for a Metaverse to flourish because centralized economies like Google and Apple want to maintain control over the entire ecosystem and the payment mechanism. Technological innovations like blockchain, cryptography, and decentralized finance might facilitate a worldwide and functional economy for the Metaverse.

Recently, the number of social elements in mobile games has exploded. In contemporary mobile games, guild dynamics and cooperative gaming are becoming more prevalent. The increased popularity of social features will pave the road for the Metaverse to become a reality.

Markovate creates stunning 3D environments that effectively use as much data as possible by utilizing the most significant Web development, augmented reality, and virtual reality technology. By making the Metaverse work with the majority of 3D hardware, our developers hope to increase the accessibility of the Metaverse to the general population.

We would be the ideal partners if you wanted to jump on the Metaverse bandwagon!

Contact us right away, and let’s discuss your ideas.

1. What is the difference between the internet and Metaverse?

Although it is possible to use the internet without necessarily connecting with others, the Metaverse is built on digital human connection. It’s about individuals coming together to share a virtual world, whether for the job, school, exercise, or fun.

2. How secure is a Metaverse platform?

Like any other technology connected to the internet, the Metaverse may benefit consumers. Still, it will also be targeted by cybercriminals, con artists, and swindlers, who will immediately pose a security and privacy risk.

How to build Metaverse virtual world?