Hire mobile app developers to create practical, enterprise-grade mobile applications for anyone, including small businesses, corporations, and a wide range of other businesses. They have expertise in developing apps for various platforms, including iOS, Android, PhoneGap, and Xamarin, using both new and old software versions.

Who Are Mobile App Developers & What Do They Do?

The terminology “mobile app developer” is comprehensive because it doesn’t just refer to programmers who create native software for Android and iOS. Additionally, it can include developers who use JavaScript and C# to develop mobile apps utilizing React Native and Xamarin and hybrid app developers that work with frameworks like Cordova or Ionic. They generally consider UI and UX ideas when developing applications and working in a well-known operating system environment. He must be aware of how to cope with device fragmentation.

Advanced programming languages such as JavaScript, C++, Python, and C#

Knowledge of UX and UI, APIs, and Backend web services

More focused on IoT capabilities such as device connectivity and security

Our skilled and dedicated app developers and programmers are well-aware of their roles and capabilities as per the latest and upcoming trends, ensuring your business receives the best solution.

With a thorough knowledge of programming, including modern programming languages, our developers work on developing apps.

Building a high-quality user interface (UI), the way an app feels and looks while being used is considered the most important aspect of mobile app development by our developers.

Our developers know how to optimize an application’s visibility in the list of available applications of the same category.

As a part of Markovate, mobile application developers specialize in backend operations to compute and operate systems that are not visible to the users.

We provide vetted engineering talent to our esteemed clients around the globe that can add value to your project and ensure its success.

We have a talented pool of dedicated developers who are adaptive, well-educated, and adept in the fundamentals of programming.

The top technology partner will ensure faultless product delivery. One-half of our workforce has at least five years of expertise working across several disciplines.

Markovate is your most reliable technology partner for flawless product delivery. Each of our experts has 8+ years of experience working in multiple domains.

As we always put the customer's needs first, our tried-and-true method can typically reduce the time between the initial conversation and the ideal new hire to a few days instead of months. 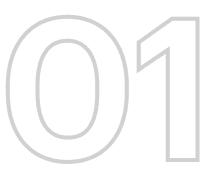 Once we get your requirements, we will collaborate with you to understand your objectives, technological requirements, and team dynamics. 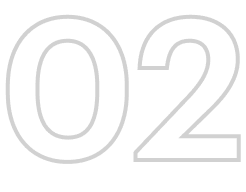 Get a list of pre-screened candidates in a few days & we'll connect you to the ideal talent for your project. 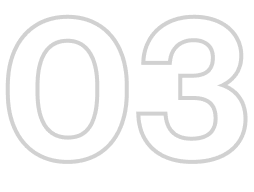 Upon signing a non-disclosure agreement and various documents, we add the resource to your team to begin development.

Your Developer Is Just Around the Corner!

Why You Should Hire Dedicated Developers From Markovate

With us, there is no room for doubt. We prefer to keep things straightforward and civil so that everyone can enjoy our relationship.

Businesses require a diverse range of technical skills, yet a growing company lacks the financial resources to recruit developers on a full-time basis. You can choose one of our several engagement options based on your software type and how you wish to collaborate with us.

We use tried-and-true development processes to ensure that the end product is delivered on time and within budget.

A vast, internationally dispersed network of top business, design, and technological expertise is prepared to take on your most important projects.

Project managers are very competent, skilled, and experienced professionals who emphasize the overall effectiveness and growth of the application development process.

Product managers are very competent, skilled, and experienced professionals who emphasize the overall effectiveness and growth of the application development process.

The MERN Stack Developers at Markovate are experts in MongoDB, ExpressJS, ReactJS, and NodeJS, enabling them to develop web apps that are quick to create, intuitive, resilient, scalable, and user-friendly.

Dedicated QA testers would run the software through its loops to find and solve any flaws. Our committed QA testers will help you get a satisfactory investment return.

Work with AI engineers who adopt a unique approach to develop data-driven AI solutions that streamline your workflow.

Hiring app developers can be lengthy and confusing, but it can help you with a great ROI if this process is done patiently and with great care.

Android has taken over the app industry like a storm. Unveiled in 2007, it has shown nothing but progress since then.

Let us know your requirements, and we will find the best developer for you within days, not weeks.